“Šiauliai Region’s Past since Ancient Times till the 17th Century”

How does the new exposition differ from the ordinary museum halls? We give the visitors an opportunity to take a closer look at life which flew by hundreds and thousands years ago. Reconstructed work processes and buildings of various periods are being demonstrated in the open spaces near the glass cases with archaeological findings (picture 2).

The visitors can observe how and by what principles the stone axe drilling equipment worked – a natural size reconstruction can be found in the exposition, made based on an experiment carried out by archaeologists.

A lot of exposition's space is occupied by the 4th–8th century reconstruction of the iron smelting place in Šiauliai Lieporiai settlement, which is important for the new findings. Two clay melting ovens, a linden bark bucket sewed with bast, a well of an unusual construction can be seen in the exposition. Take a glance at the water of the log well and you will see you reflection in the depth of it (picture 3).

Having used the information gathered by Latvian archaeologists, a log hut of the 5th–8th century is built in the second hall. A woman, spruced up with the clothes and jewellery particular to that time of living, resides in a hut where a weaving loom stands near the wall, clay pots filled with lentils, beans, hemps are put on the shelves. Man's means of fighting – spears, swords, and combat knife – are stacked near a blank-bed covered with warm fur (picture 4).

A tile stove of the middle of the 16th century is reconstructed in the exposition, remains of which were excavated in 2000 in the centre of Šiauliai city, in location where nowadays Joint Stock Company (JSC) SEB Bank is. The tiles are made according to the examples of the excavated remains and the shape of the stove is recreated according to the oven of a better condition of the same period found in Vilnius (picture 5).

The smouldering fire in it brings cosiness to this 16th century corner.

In an effort not to detach from the original archaeological findings, we exhibit the most valuable and to the chosen theme, period corresponding ones in the glass cases – flint arrow tips, stone picks, brass and silver fibulas, necklets , armlets (picture 6), iron swords and many other exhibits.

A brass handle of a drinking horn decorated with red enamel which belonged to a rich person in the 3rd–4th century is Museum's pride. A mace made of horn is a rare exhibit; it is the symbol of spiritual and secular power. The fate of an exhibited iron axe found in Lieporiai place of some burial grounds is unusual: while performing laboratory tests, the axe has been cut, polished, and studied under the microscope. The results of the tests let to recreate the manufacturing process of the socketed axe.

In order the visitor did not get bored, large size paintings illustrate the objects which represent the episodes of life during the Stone and Iron Ages (picture 7).

Our goal will be achieved if the visitor gains knowledge from the archaeological exposition and forms a more vivid conception of the past millenniums and if he senses the spirit of the brass jewellery or a moulded clay pot.

The first exposition was arranged by Šiauliai Aušros Museum Archaeology Department (Audronė Šapaitė, Virginija Ostašenkovienė, Birutė Salatkienė), an artist Jūratė Tamošiūnaitė-Karašauskienė, Regina Tamašiūnaitė (the author of the paintings). The exposition was funded by the Foundation of Culture and Sports of the Republic of Lithuania, supported by Šiauliai City Municipality, Šiauliai Forest Enterprise, the JSC (Joint Stock Company) "Hermio Keramika" and many other organizations and people. 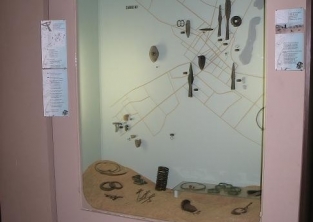 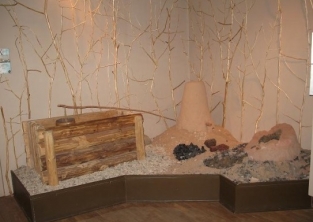 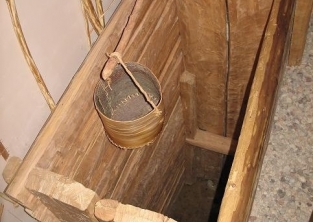 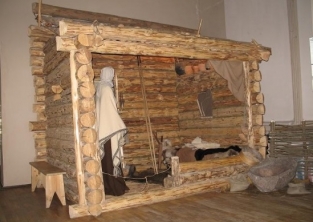 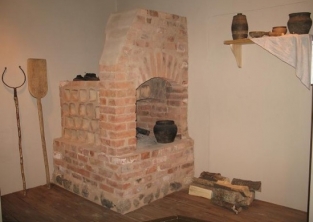 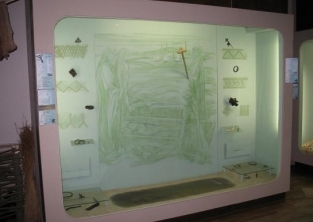