Michael Brenner (1885–1969), a sculptor born in Šiauliai and raised in a creative Jewish family, was the highest-profile artist who devoted his entire life to the artwork. His outstanding talent was revealed when he was young, after the whole family moved to New York in 1895. The young sculptor later improved his skills at the prestigious academies of art in Paris. Living and creating there, he easily joined a group of leading avant-gardists that included personalities such as Gertrude Stein, Pablo Picasso, or Ernest Hemingway.

Despite the recognition of contemporaries, Michael Brenner worked quietly, avoiding publicity at all costs. He never accepted commissions – he couldn’t and didn’t want to flatten customers’ whims. He rarely allowed friends and family members into his artwork studios – they were only open to models, most of whom we still can’t identify. M. Brenner created art for the sake of art itself, without seeking financial gain or fame. High self-demands and a closed lifestyle have led to just a few artworks being allowed to see daylight throughout his career.

This is Michael Brenner’s first exhibition of artworks in Lithuania and only the second in the world. The exhibition shows long-hidden sculptures given to the Lost Shtetl Museum by the sculptor’s son Joseph and his wife Nadya. The artworks, created between 1908 and 1960, are pictorial, expressive and sensual. M. Brenner developed his creative ideas for a long time: he studied people thoroughly, studied their peculiarities, constantly sought the best artistic expression, and strived for perfection. This is also illustrated by the surviving sketches, some of which are also displayed at this exhibition.

In reconstructing the main moments of M. Brenner’s life, which he himself didn’t talk much about, we used the authentic voice of Brenner’s son – memories that Joseph wrote down in a form of poetry in 1991 when he genuinely began to take an interest in his father’s creative legacy. They, though fragmented, open the door to M. Brenner’s hitherto mysterious world and allow bringing the memory about the sculptor back to his homeland. 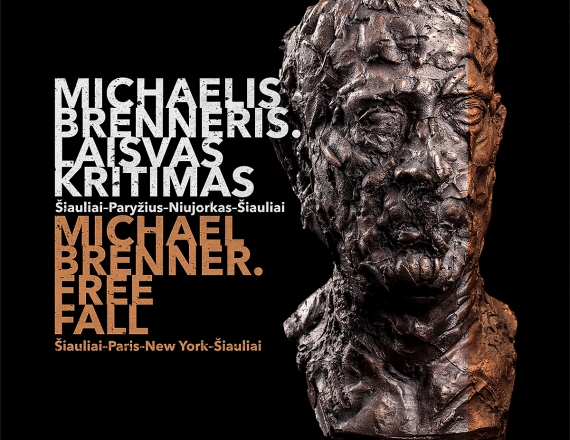